Also known as Adriana Villa the ancient villa is located in Tivoli, built in the 2nd century is an example of a Roman villa. This Unesco site was expansive and there were few pools that must had been so lovely during their time. We took a guided tour, so it was a half a day tour that departed from Rome. It was the BEST tour I had, the tour guide Guiseppe was very knowledgeable, funny and cared for his visitors. Try to book a tour on Sunday, as the traffic would be less. After this tour, we went for a nice lunch at the city center.

The villa was constructed at Tibur (modern-day Tivoli) as a retreat from Rome for Roman Emperor Hadrian during the second and third decades of the 2nd century AD. Hadrian is said to have disliked the palace on the Palatine Hill in Rome, leading to the construction of the retreat.

The picturesque landscape around Tibur had made the area a popular choice for villas and rural retreats. It was reputedly popular with people from the Spanish peninsula who were residents in the city of Rome. This may have contributed to Hadrian’s choice of the property – although born in Rome, his parents came from Spain and he may have been familiar with the area during his early life.

… During the later years of his reign, Hadrian actually governed the empire from the villa. Hadrian started using the villa as his official residence around AD 128. A large court therefore lived there permanently and large numbers of visitors and bureaucrats would have to have been entertained and temporarily housed on site. 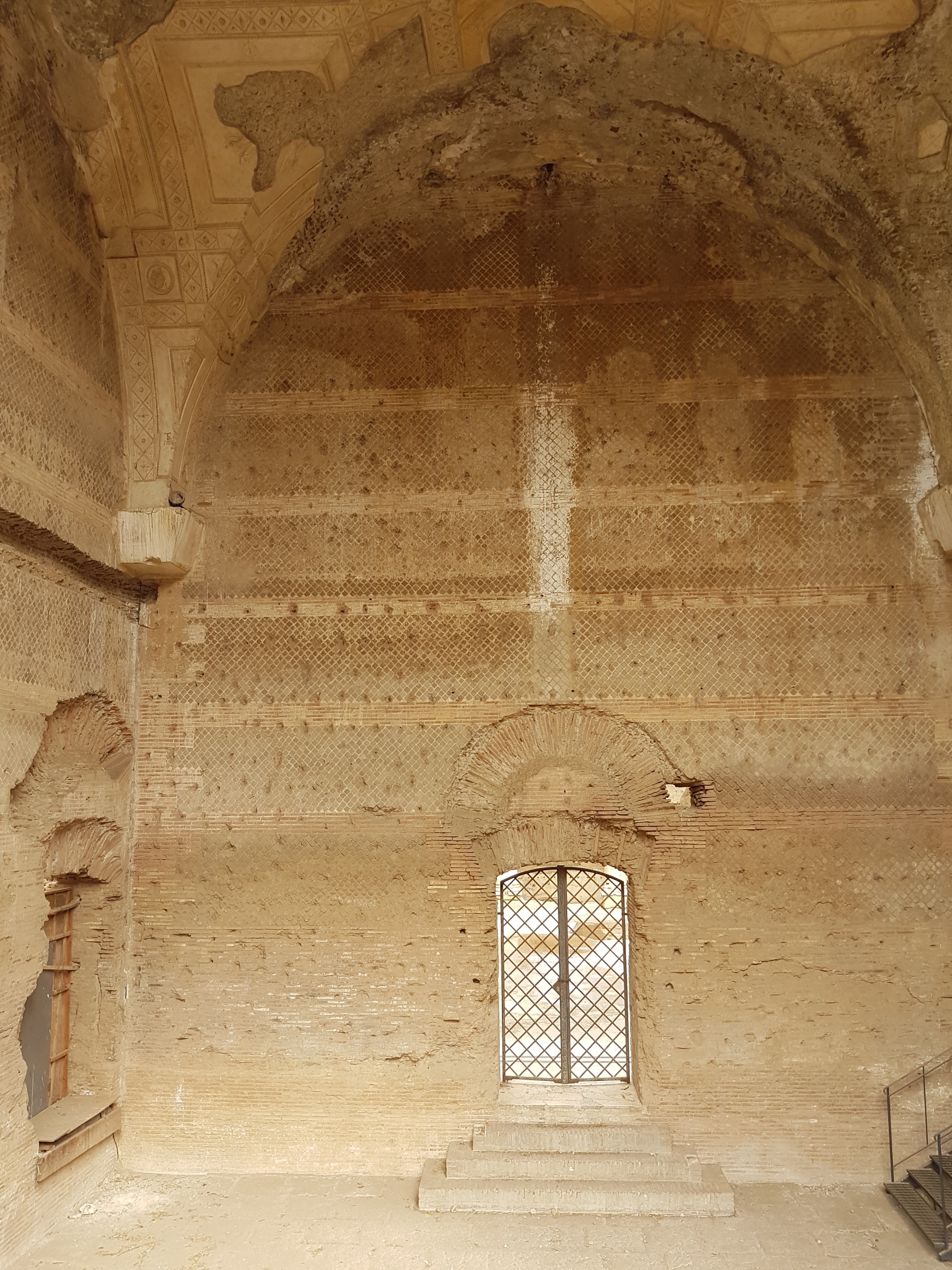 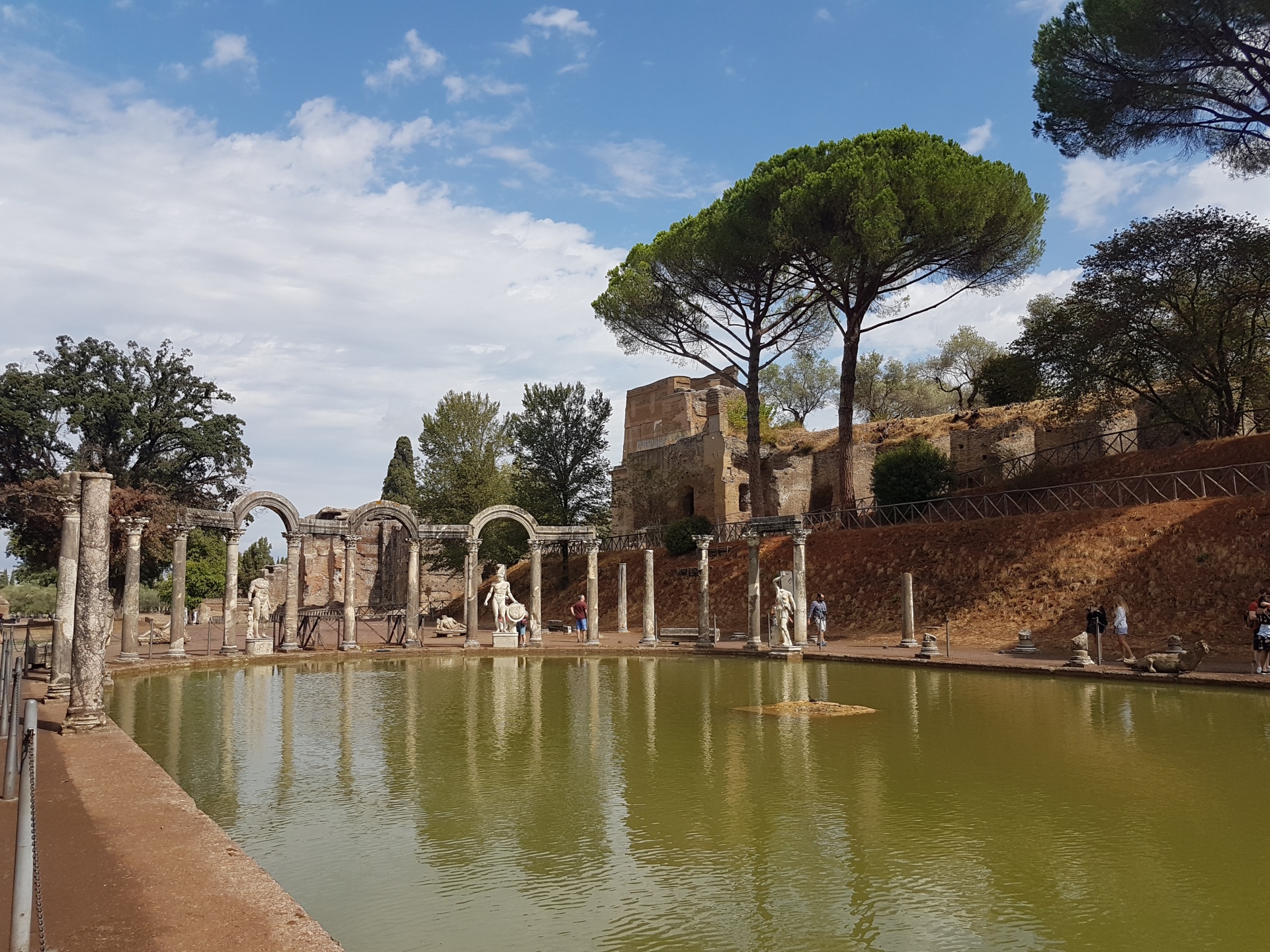 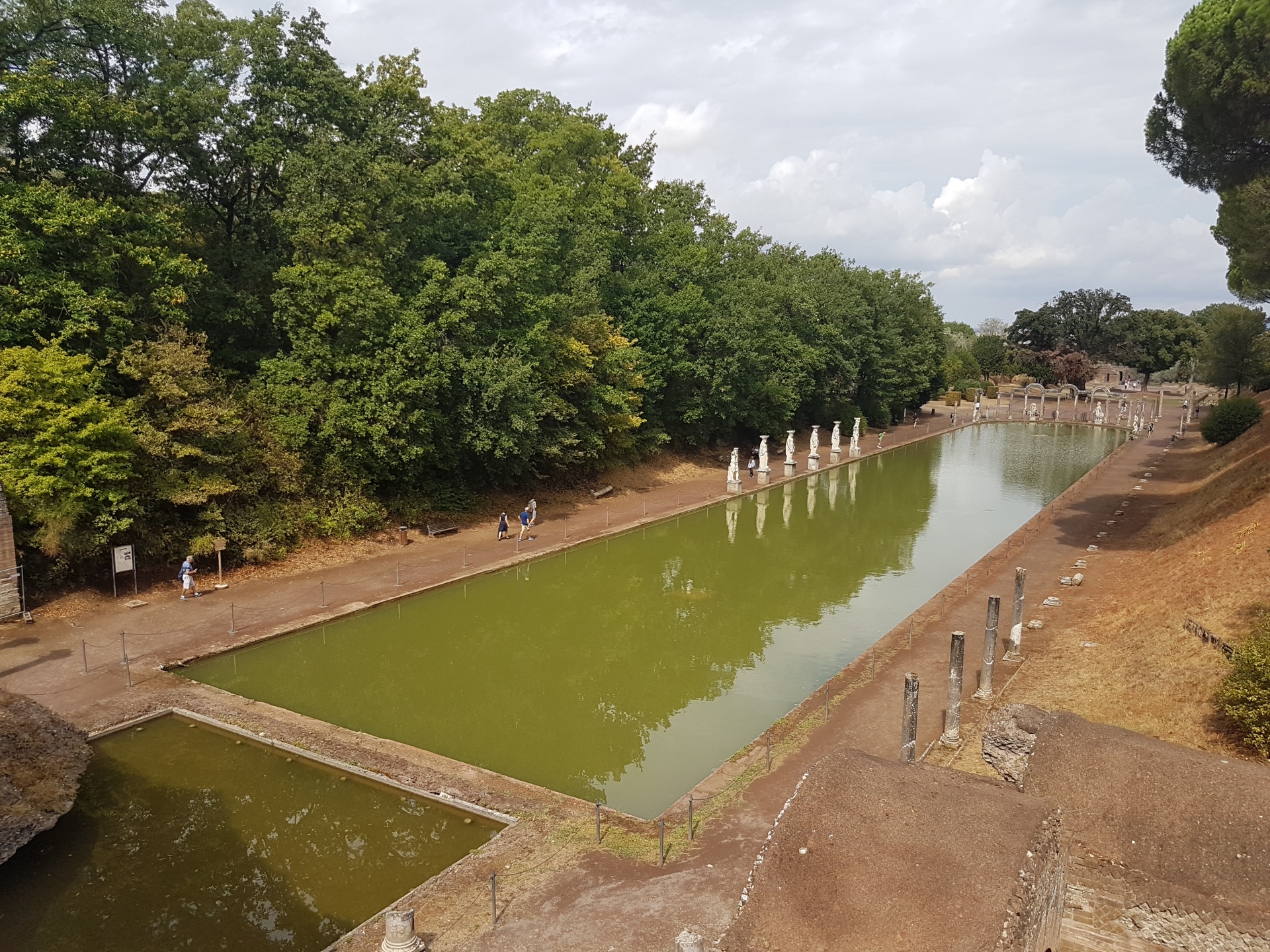 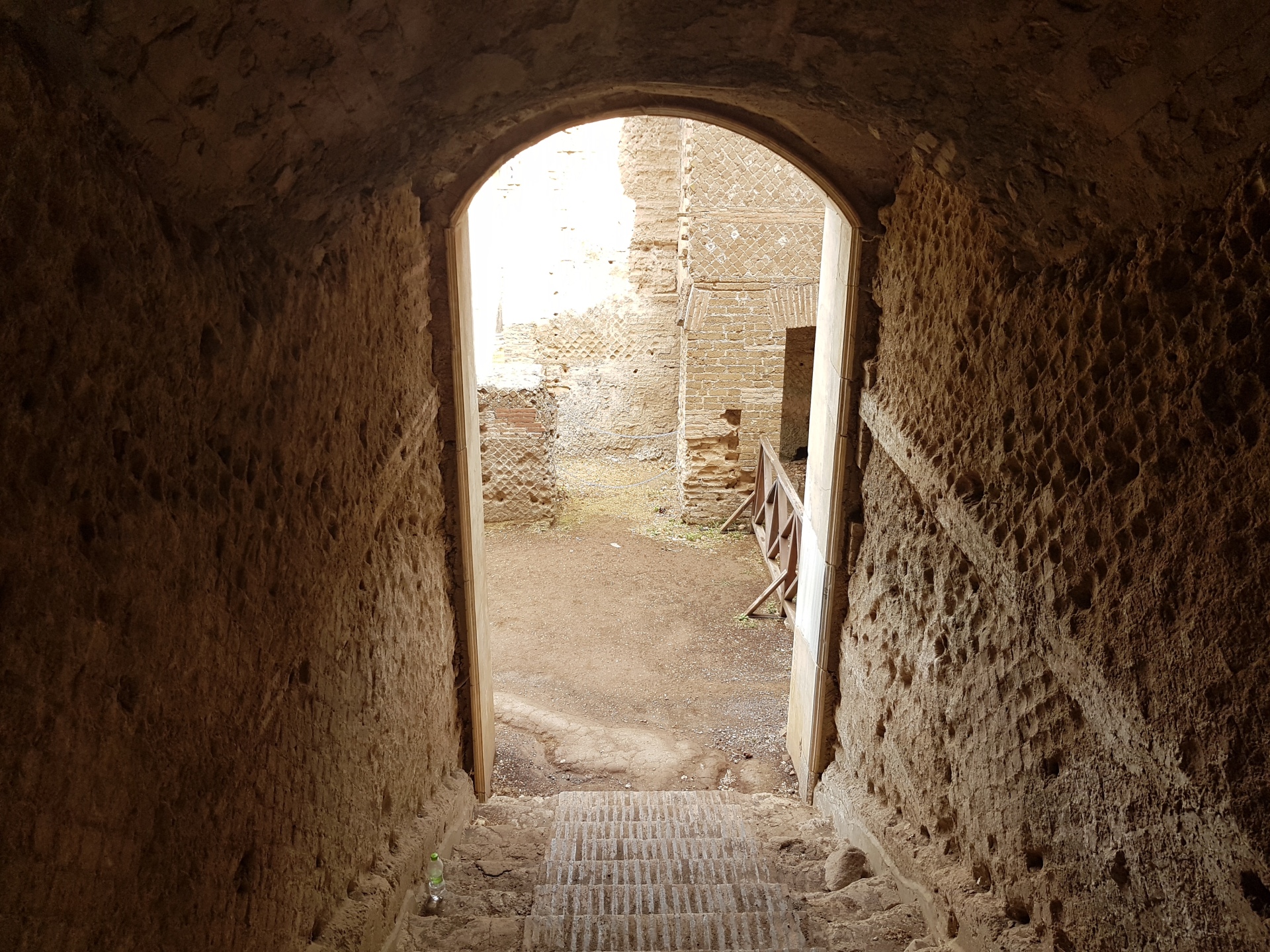 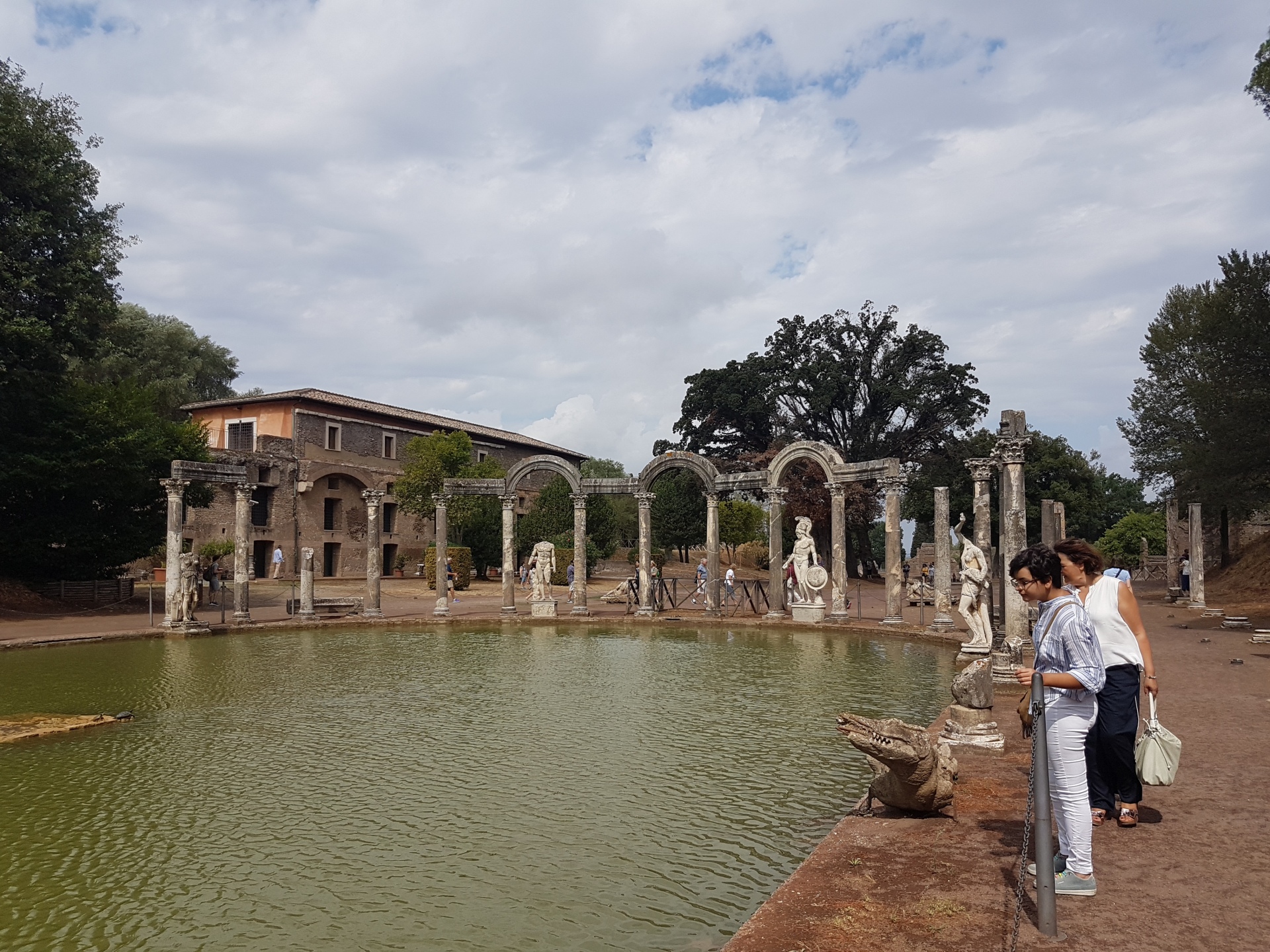